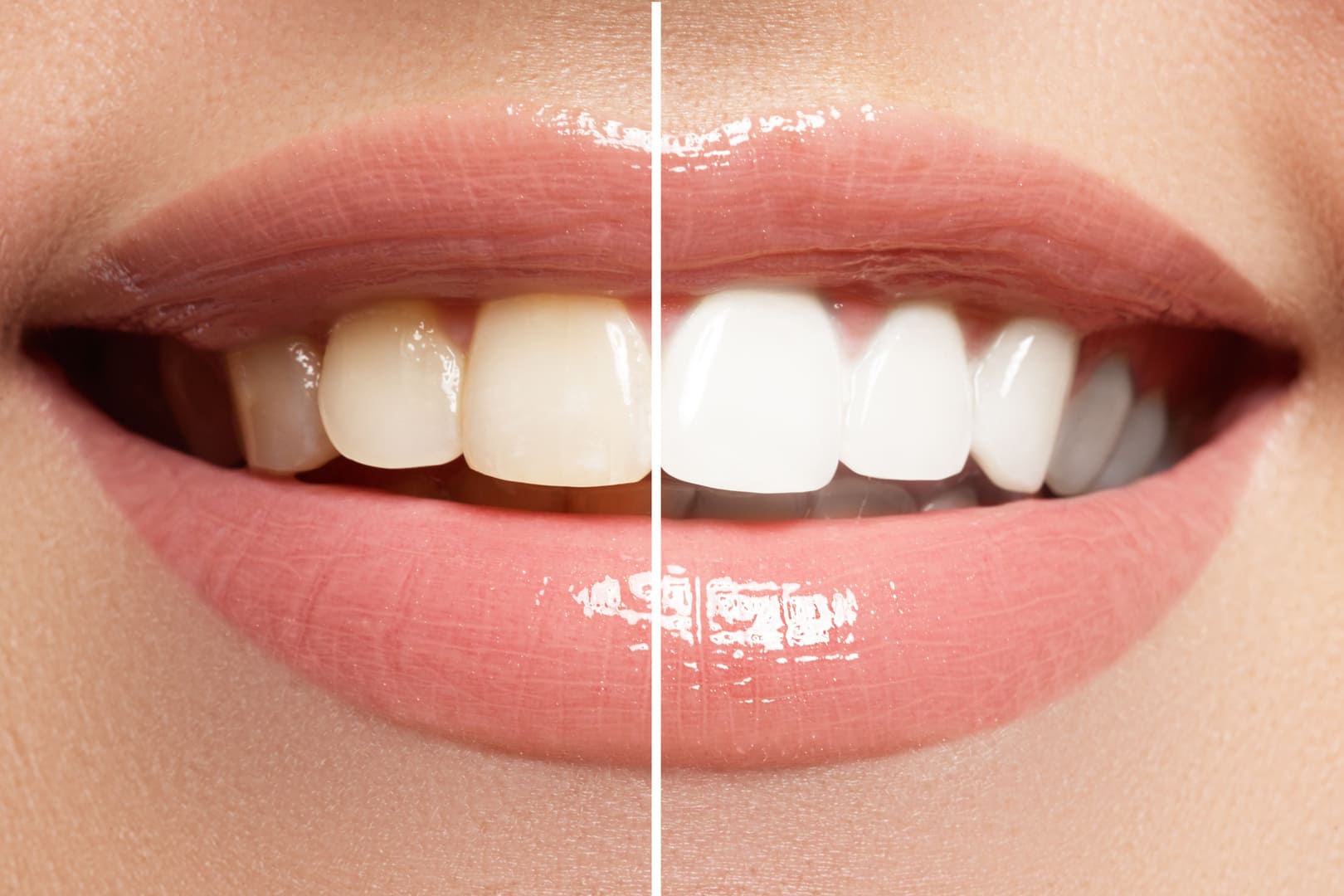 What is KöR whitening?

Why does KöR Whitening work so well?

The KöR Whitening System works by restoring your teeth’s ability to absorb oxygen. The oxygen from KöR Whitening gel is absorbed deeply into the tooth, dissolving stain molecules.

How long does KöR Whitening last?

Whitening products have been clinically studied and safely used on millions of patients without harm to teeth or gums. Whitening is considered entirely safe.

Is there pain or discomfort with KöR Whitening?

After several years of research, development and clinical testing, KöR Whitening introduced a whitening gel that, in most cases, produces little to no sensitivity. As a result, most patients have no discomfort from whitening when using this system. Testing has shown that patients who do feel some sensitivity using KöR Whitening typically feel no more than 10% of the sensitivity they’d feel from other whitening gels.

Does it matter how old I am?

The earliest age patients are able to whiten teeth is about 14. The younger teeth are, the more brilliantly they whiten. However, KöR Whitening rejuvenates even older teeth so that they will whiten incredibly well, even for patients 90 years old!

How White will my Teeth Get?

KöR Whitening whitens teeth dramatically, often lightening them 16 shades or more. Although everyone is different, with the proper KöR Whitening System, all teeth will have stunning results. It even whitens tetracycline-stained teeth significantly.

Will my teeth look too white and unnatural?

No. Real teeth can’t look unnatural, they just look beautifully white. If you have seen people with ultra-white, fake-looking teeth, these were probably false teeth, teeth with porcelain crowns, or veneers that may have been made too white and too opaque. With KöR Whitening, you’ll get the ideal shade that is right for you.

Will my crowns, veneers or fillings whiten too?

No. If you have any of these on your front teeth, you may need to replace some of them after whitening.

How will coffee, tea, smoking and red wine affect my teeth after whitening?

With your easy home maintenance, these staining foods will have no effect on the brilliant color of your teeth.

How does the KöR Whitening System work?

Molds of your teeth will be made to fabricate your own unique, ultra-comfortable KöR-Seal™ Whitening Trays. You and your dentist will select which level of KöR Whitening is the proper fit for you. You will normally wear your KöR-Seal Trays at home for two weeks while you sleep. Depending on your selection, you may also have one or two simple whitening visits in the dental office.

If you are interested in finding out more about KöR Whitening, contact Denver Dentistry to schedule your consultation.

Ready to schedule an appointment?