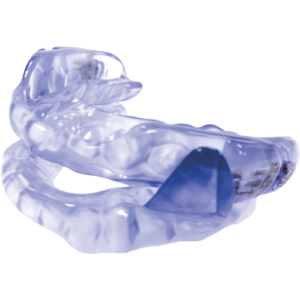 If you have been experiencing pain prior to your root canal treatment expect to have some rather severe discomfort after treatment. Generally, the primary cause of pain is an inflammation of the tissue which holds the tooth in place and not the tissue that was removed during the root canal procedure. As a consequence, the inflammation must subside before you will be symptom free. To help alleviate this discomfort, it is strongly advised that you take 600 mg of ibuprofen (Motrin, Advil, etc.) three times a day for five to seven days after your root canal treatment. Ibuprofen is classified as a non-steroidal anti-inflammatory drug, as is aspirin, and will assist your body in removing the inflammation.

Even if you have not had pain prior to your root canal treatment, expect to have some discomfort, similar to a bruise, because of the manipulation required to complete your treatment. Consequently, you are also advised to take ibuprofen as described above.

If you have a crown on the tooth requiring the root canal treatment, a small hole was placed on the biting surface and was sealed with a temporary filling. You should see your dentist as soon as possible to have a permanent filling placed in this opening (at least within a month).

If your tooth does not have a crown on it, you must see your dentist also as quickly as possible to have a permanent filling placed on it; if it is a back tooth a full crown (cap) or inlay/onlay type of filling must be placed to cover the cusps of the tooth. Teeth which have had a root canal are very fragile inasmuch as the central tissue of the tooth has been removed and the tooth can be fractured if it is used before a permanent filling has been placed.

Generally, most people do not require antibiotic management after completion of root canal treatment.

Occasionally, a tooth untreated in this fashion will not heal and requires additional treatment. This failure to heal may not be evident without an x-ray picture. As a result, we urge you to either return to this office or your dentist’s office in approximately six months for an x-ray to determine the status of healing. Should healing not be complete we usually recommend a procedure termed an apicoetomy. An apicoectomy involves removing a small portion of the end of the root with associated surrounding tissues, and perhaps placing a filing on the end of the root.

Endodontic therapy has either been started or completed on your tooth. The following will give you some information as to what to expect after this treatment:

Avoid eating or drinking hot foods or beverages until after the local anesthesia has worn off to prevent inadvertently burning your oral tissues.

Some discomfort following endondontic therapy is expected and it is common to have this post-operative soreness for several days.